Selling for £37,920 (inclusive of fees) in the recent Musical Instrument sale was The Madame Sidney Pratten Collection of Guitars and Related Ephemera, including seven antique guitars, a Gigelira, personal sheet music with hand annotations, an original watercolour picture of a young Madame Sidney Pratten (Katharina Josefa Pelzer) and a further collection of pictures relating to Mrs Pratten and the Pelzer family 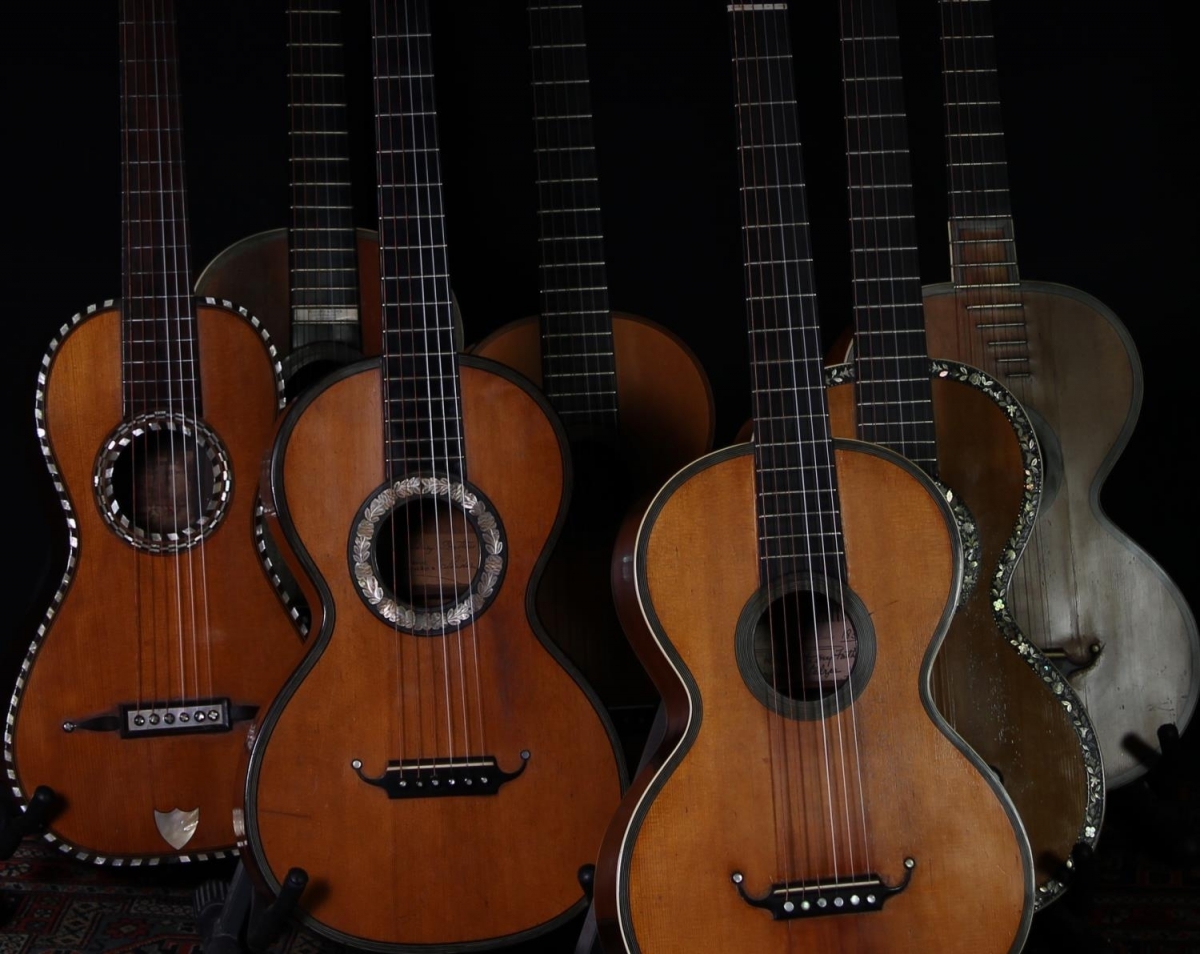 After Mrs Pratten died in 1895, her sister, Guilia Pelzer, inherited many of her instruments and archive, which were sold at auction by Sotheby's in 1938. Many of these papers and one instrument were resold at Christie's on 21st July 1978 and purchased by the vendor. Aside from the two “selected by” annotated guitars, the Gigelira, and the cloth covered music folders with their contents, the rest of this collection was bought by the vendor in another London auction following the Christie's event in 1978

*Sold with old papers relating to Napoleon Bonaparte with an envelope hand inscribed 'Napoleon's General No. 10 Captaine Bacheville gave my father (Ferdinand Pelzer) this guitar, as a relic, he being a pupil of my father, & had a real love for him, as he played the guitar so splendidly - it was over my fathers bed for many year, Guilia Pelzer'; also including an old black and white photograph of the guitar and a black and white engraving of Ferdinand Pelzer holding a similar guitar

Gigelira wood and straw instrument, signed 'tuned by Mrs Sidney Pratten/ 22 Dorset Street Portman Sq W/London' to one of the wooden blocks, in original case, with a 14 page sheet music (Pianoforte and Guitar Accompaniments to various pieces for the Gigelira...)